Because Nick is studying for the bar, we decided to spend the majority of the time in Idaho so he could study and we could Play! And boy did we! My brother, Joe, came home from his mission so we had a big shin dig for that, the 4th of July went down and just played and played and played in the summer sun. Now, I do use the word "summer" extremelly loosely. IT WAS FREEZING. I never thought I'd have to have jackets and drink hot chocolate to watch the 4th of July parade. It was out of control but we had a scream.

Robbie instantly became Grandpa's best bud. As soon as Grandpa walked in the door each evening, Robbie hauled buns and literally leaped into Grandpa's arms and gave him big kisses. 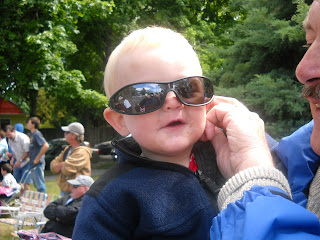 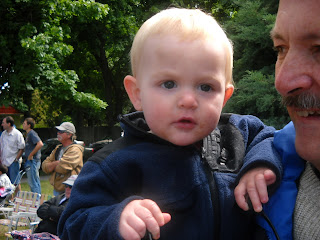 Here is the 4th of July parade, in jackets. Brr. Ami had a great opportunity to meet 2nd cousins. 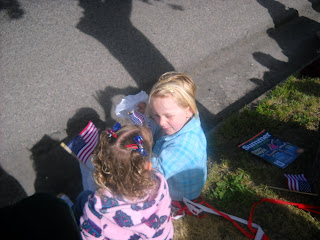 Ami played with her new BFF Hunter (Becki's son). The two were inseperable and caused mass destruction wherever they were. 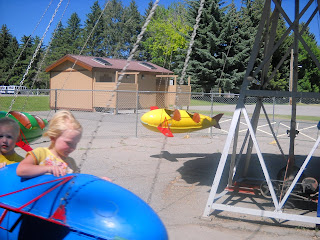 Here are the two kids playing at a park. 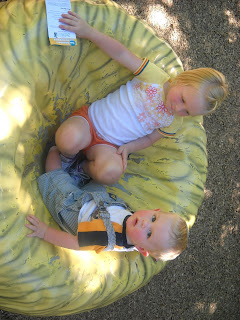 The kids loved Grandma. She spoiled them rotten and here was the nightly ritual of reading books before bedtime. 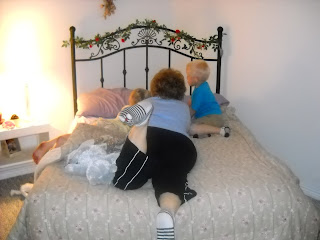 We had soo much fun and were glad we could stay so long. Everyone spoiled us rotten.

Clarissa got married. Preparation for the big day was crazy but well worth it. Here is Robbie in his first tux and Ami has a flower girl. They of course were the most important part (he he). 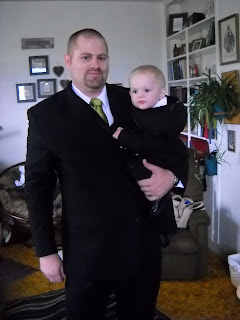 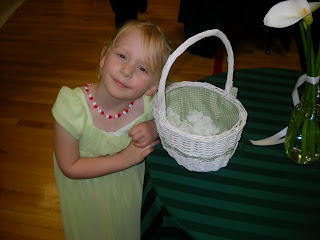 Here is the happy couple. The looked awesome and it was so fun getting to know Derek more. 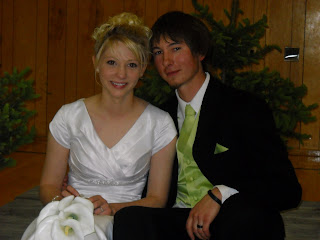 The weather DID NOT cooperate with us (welcome to early June in Bear Lake) but we made the church look AWESOME! 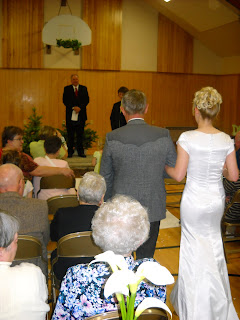 All of the nieces adn nephews. What an awesome crew! 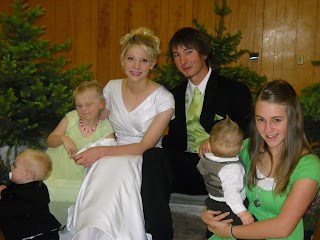 The reception was super fun and ended up looking amazing! 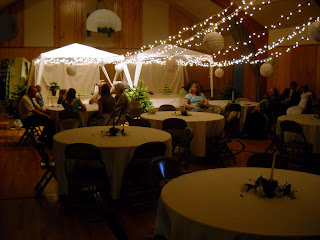 The groomsman cake was super fun. Derek grew up as a sheep rancher. It turned out so cute. 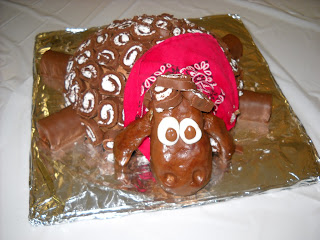 Clarissa wanted cupcakes for the wedding and lillies were her flower so we did this. I had never made lillies before so it turned out to be an adventure, but they turned out beautiful! 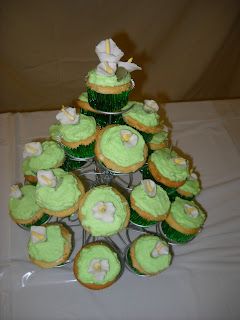 She also compromised and let me do a cake (I love doing wedding cakes!). It turned out great too. 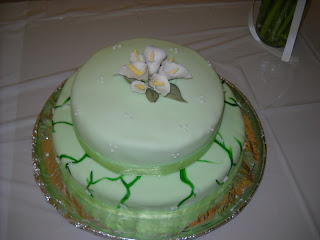 There were FOR SURE some adventures during the week including battling mice and differences in home town elevation, but everyone were super helpers and we made it all happen. Congrats Riss and Derek!

HAPPY BIRTHDAY TO AMI!!!! Ami is 4! It is really hard to believe. Our travel schedule made it so Ami was able to have her birthday at Grandma Toni and Grandpa Dave's house. She was so excited to see all of the animals and be in the countryside. She told me 4 months ago that she wanted a flower cake for her birthday. So, here is the gigantic flower cake. 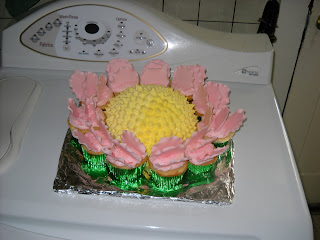 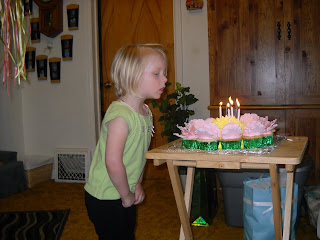 Ami also wanted the pinata for her family party. It was Kung Fu Panda and instead of hitting the pinata you pull the strings to let the candy out. Ami went first and happened to choose the right string. Of course. She loved it! 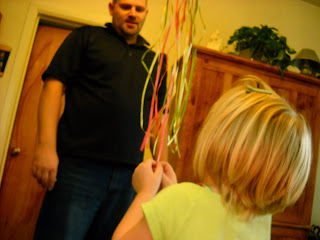 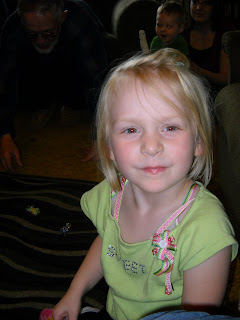 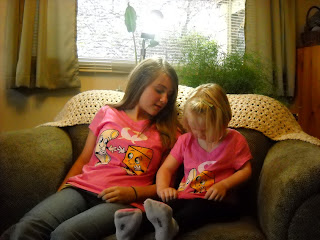 WE LOVE YOU AMI. YOU are brilliant, beautiful, funny and the best little girl we could ever have.

Robbie is ONE! He is gregarious, flirtatious and uproariously funny. He is walking now and heck on wheels. He has an enormous sweet tooth and loves trucks, wheels, cars, balls and anything manly. He waves at big trucks zipping by (even if he hears them while he is inside the house) yet won't wave bye to his Dad in the morning. We love him and his favorite person is Ami. 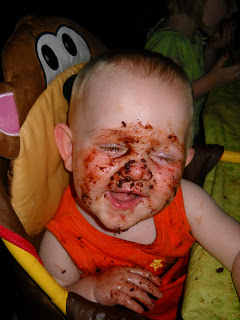 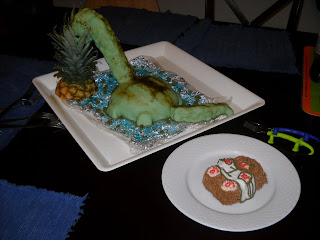 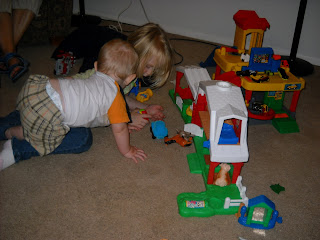 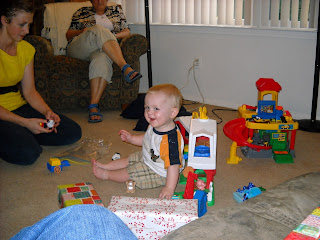 I know, I know. Wayyy after the fact, but we've been busy. Alright, enought whining. Here is some pictures of the goof ball. 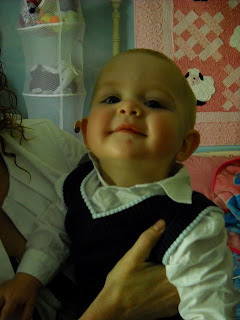 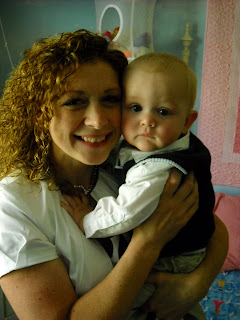 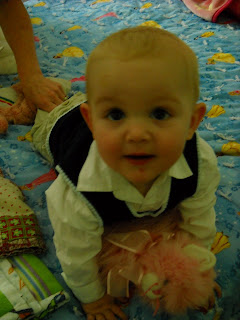